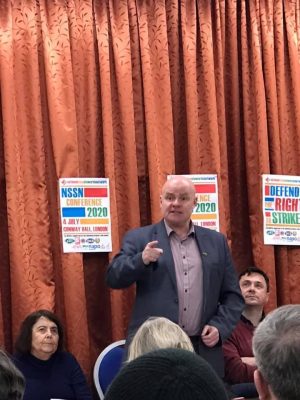 I am standing for the position of General Secretary and would ask that your branch considers supporting my nomination.

I am the current Senior Assistant General Secretary of our great union and have done this job for 6 years.Before that I was a
assistant  General Secretary for over two years a regional organiser for four years ,a regional council and branch secretary, a tier two and local rep. All in all I’ve spent 32 years  in the service of our members in the RMT/NUR and have represented all grades in  some capacity in that time.

In Standing for RMT General Secretary I wish to make it clear from the outset that I will be fighting my campaign on policies not personalities. 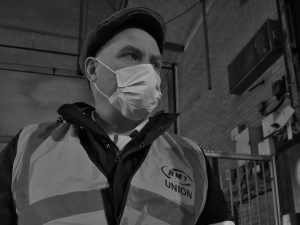 I will not attack my opponents and would ask all my supporters to refrain from destructive personal attacks.

When this is all over we need to rebuild unity with everyone in our great union to fight the massive attacks coming our way .

I’m standing for a members led union where as General Secretary (servant of the members)I will work closely with the NEC, officers and reps to defend jobs, safety, terms and conditions and pay.

I want the RMT leading the trade union movement industrially and politically.

I want our union free from influences in the TUC and Labour Party who want to stifle action and instead promote partnership with the very bosses who are attacking us. The Covid crisis has provided the government with a smokescreen to attack us and the whole union movement,we must build the largest possible coalition of unions ,trades councils, community, disabled and passenger groups to defend ourselves against this.

I know the right wing establishment hate me and I see this as a badge of honour. I also know they fear me as someone who will fight to the end to defend our members and our class.I am expecting them to attack and slander me during the General Secretary campaign and whilst this won’t be pleasant with your support we will prevail.

Since becoming Senior Assistant General Secretary I have not taken a pay rise but have  donated around £15,000 pounds a year to our RMT fighting fund instead.If elected General Secretary I again  will not take a pay rise and will keep donating to our strike fund .In my opinion if a Union leader takes a huge pay cheque they forget what it’s like for our members and this is why I don’t now and never will do that .

We as workers are in an unprecedented situation we need a clear militant industrial strategy to beat off  the forthcoming government attacks .We need to call on all forces friendly to the workers movement to fight by our side .Most of all we need unity in our own union and someone able to inspire our members and make them believe they can win.

I have a track record of 32 years union activity always at the forefront of the struggle.The bosses will fear me as General Secretary as they know I cannot be bought or intimidated.

I am not motivated by money or ego but by love of the working class and a burning desire to better the lives of all our members. For these reasons I humbly ask that you support me in the General Secretary’s election.