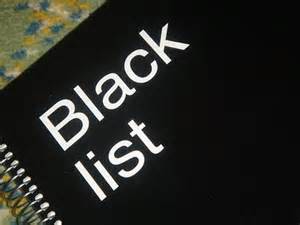 Last week, John McDonnell announced that a public inquiry into blacklisting would form part of the first Queen’s Speech for an incoming Labour Government.

More from the TUC Congress

Major Morning Star Article at TUC congress on the need for a radical manifesto for employment rights – including a public inquiry into blacklisting. Lee Fowler representing.

Great article in the Daily Mirror on the Spycops inquiry

Roy Bentham will represent the Blacklist Support Group at this session at the parallel The World Transformed conference to the Labour Party’s.

BSG demonstrated at Royal Liverpool Hospital project when exposing Carillion back in 2015. There’s a public meeting over the embarrassing predicament the long from complete Hospital now finds itself. Roy Bentham will speak on behalf of the Blacklist Support Group.

An independent review is being carried out into the impact of policing on affected communities in Scotland during the 1984 to 1985 miners’ strike.

Launch of a major new oral history archive from post war construction workers covering building the new towns, the Southbank and the Barbican. Many blacklisted workers took part in the project. Prof. Linda Clarke (long time friend of the BSG) is the curator and project leader.

BBC story – Suicide risk for construction workers is 3 times the male average. One of the main reasons is precarious work. Top work Simon Pantry for representing.

No toilets? Seriously? Crossrail is a multi-billion pound publicly funded project. But watch out if you complain about it – Skanska & Costain have form on blacklisting workers who speak up about their safety concerns.

Blacklist Support Group send our deepest condolences to the family and friends of Gary Doolan, National Political Officer for GMB who has passed away. Gary always fought our corner; standing with us on pickets, protests and at the High Court. Gary also got us private meetings in parliament which led to the Labour manifesto pledging a public inquiry into blacklisting (under Ed Milliband). In his role as Labour Councillor in Islington, he took the £16m a year housing maintenance contract away from Kier because of their role in the blacklisting scandal. All the workers were taken back in-house. Islington were the first local authority in the country to publicly take that step. This is what solidarity looks like and what our movement should aspire to.

“There are times when doing the right thing is easy. There was no other way to deal with this, but to send a message loud and very clear to any contractor wishing to bid for work in our borough, in that those contractors who are guilty of blacklisting will be excluded from any tendering for work. Islington is the first local council that’s made this statement. If it’s right for one council to stand up for workers, it’s good enough for all the others to take the same stance. Perhaps that way blacklisting will finally be eradicated”. Gary Doolan R.I.P.