RMT Wishaw and Motherwell: Reasons they are against Labour Party Affiliation 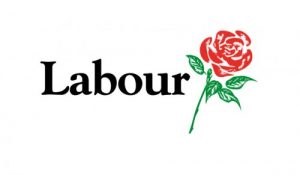 RMT affiliation to the Labour Party:

1)  On this and each and every occasion, we must examine what is in the best interests of our Members.

In relation to the “RMT Labour Party Affiliation Discussion Paper” circularised to Branches and Regional Councils, we are of the view that it does not provide in clear, concise and unambiguous terms answers to concerns of crucial importance for the Union and its Members. It also has clearly been presented with opinion, giving a particular bias towards affiliation to the Labour Party.

Any document of this nature should have informed Branches of the dates of the Meetings between the Union and the Labour Party and who was present representing both Organisations. It should also have indicated who the authors of the Discussion Paper were.

2)  We should remember that we were once affiliated to the Labour Party, so we understand very well the processes and machinery of how the Labour Party operates. The Document is replete with explanations of the processes within the relevant structures of the Labour Party: all portrayed as giving the Union some type of significant status when we know, in reality, that is not how it works.

3)  We should never ever forget that the Labour Party expelled the Union from its organisation. It is worthwhile to reflect on how this Union (an affiliate since its inception and our predecessor Union had laid the foundation of the Labour Party) was expelled.

4)  We were expelled by the Labour Party because we wanted (through the Rules of the Union) to allow our Regions, Branches and Members to have a democratic say on what political parties and candidates they choose to support – not just Labour. The Labour Party as an Organisation had failed to uphold the principles on which it was formed. Its political direction and policy objectives acted contrary to the values and aims of our Union and therefore was not acting in the best interests of our Members. We wanted to back candidates and parties who demonstrated clear support for the Trade Union and its policies and we did so. The Union judges candidates solely on their merits as advocates of policies that match the Union’s own programme and which would deliver for our members, their families and their communities.

Affiliation to the Labour Party would stop all that because it insists that the Union as an affiliate cannot support candidates in an election whether it be Local Authority, Scottish Parliament or Westminster Parliament that are in opposition to Labour Candidates.

RMT Wishaw and Motherwell  opposes Affiliation to the Labour Party:

It is our position that we support the status quo in relation to political affiliation viz. that we remain without any affiliation to any current political party. We consider that there should be no infringement of the Rules of the Union that were introduced to allow Branches to submit bona fide requests for support and endorsement of candidates to include those from outwith the Labour Party, whom Branches consider will act in the best interests of our members. These Rules must remain.  In this context we reject any interpretation or suggestion that all candidates must declare support for the Labour Party Leader Jeremy Corbyn as being in complete contradiction of the Rules of the Union.

It is claimed that there is a transformation taking place within the Labour Party because of Corbyn’s leadership. We are not convinced.

In any event it would be a mistake to affiliate to any organisation under the circumstances whereby a leader is seen as the reason for joining – Corbyn in this instance. This would be a gross error and Labour and Trade Union Movement history informs us so.

We as a Branch are implacably opposed to all the actions and policies of the reactionary and reprehensible Tory Party and Government. We note that in the General Election of 2017, even when the Tories delivered an inept campaign based on deceit, regressive policies, division and incompetence under the leadership of one of the most useless Prime Ministers ever, the Labour Party failed to remove them from Office. In Scotland the once powerful Labour Party are now the third party in the Scottish Parliament and at Local Authority level in some areas have taken control through arrangements with the Tories.

Throughout the UK where our Members are fighting to save jobs, pay and conditions there are Labour led authorities not prepared to give support. This is not a new state of affairs in the Labour Party.

It is argued that a mass party of labour can be born through the ranks of the current Labour Party – “a mass party of labour that fights in the interest of the working class and Labour now has the potential to be that Party”, it is said.  Have we forgotten that the principal reason as to why the Union is not affiliated to Labour is because the Labour Party abandoned the cause of acting on behalf of working people? The Party lost trust and will not be transformed.

The correct position adopted by our late, lamented General Secretary Bob Crow was to argue for a “new party of labour” – “the time for an alternative party of Labour is now”. His position was clear in relation to the Labour Party. On the 16th of February 2014 only a few short weeks before his passing he was asked by Andrew Neill, in an interview on the Sunday Politics show “Will the RMT reaffiliate to the Labour Party?” and he replied “I have got no intention to”.

Our current General Secretary on his election to succeed Bob Crow stated “it is important to understand that there will be no deviation from the industrial and political strategy mapped out under Bob’s leadership.”  Mick Cash himself was not averse to establishing an alternative party to Labour. Addressing the ASLEF 2015 Annual Conference he said “I cannot see in my time as General Secretary that we will get back into the Labour Party”. Because we have a huge problem with the party that was born out of our movement endorsing policies that work against this movement.”

Currently we have in our Rules the freedom to allow Branches to seek approval to support political candidates from any Party who act in line with our Union policies.  This could and has included in the past individual Labour Party Candidates.

Why would we want to change this favourable position?

This important freedom within our Rules allows our representatives (National Executive Committee, National Officers, Regional Organiser and others) acting on the Members’ behalf not to be constrained when dealing with the Government, Devolved Administrations, Regional and Local Authorities. In effect the Members’ interests are paramount and not compromised by or subservient to any political party allegiance.

Of course, over the years successive Labour Governments have failed to repeal the Anti-Trade Union Laws, Renationalise the Railways, shied away from policy commitments and failed to tackle in any meaningful way a rotten political system that has produced austerity, inequality, division and severely impacts on the most vulnerable in our society.

Those who argue for re-affiliation contend that it is different now under Corbyn’s Leadership. They are wrong – bitter experience has taught us that the Labour Party are to be judged by their actions in government and not by promises in opposition.

We should stand by the principles inherent within our Rules. Our current political strategy is in the best interests of our Members. Bob Crow expressed the benefit to our members when he said –

“By freeing ourselves from the shackles of automatic Labour support, RMT’s political influence is thriving with political groups established in the British, Scottish and Welsh parliaments and assemblies that involve a base of supportive Labour representatives, Greens and SNP. The condition for joining is that elected members sign up to the core political priorities laid down by the Union”

The Branch agrees with this assessment and concludes that there is no convincing argument for affiliation to the Labour Party.   END.