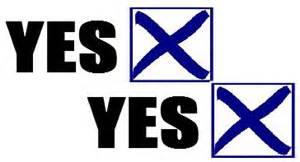 Late last week, I was contacted by local Thales Rail Signals HR regarding the potential for 11 job losses in the testing and commissioning area of the company working on the London Underground 4LM Contract to upgrade the Metropolitan and District Line Signalling Systems. They offered no details and did not accept the need to formally consult with the RMT. I informed them that such an approach would be an error and that we would be in dispute.

I then contacted the Director responsible for Employment Relations in this area and demanded urgent talks and that this matter is held in abeyance until such a time that formal discussions had occurred and I stated that the RMT would not accept any compulsory redundancies and we began to align diaries to meet next week.

On Monday 10th September NIght and Tuesday 11th September morning, local Thales Rail Signal Managers have escalated this matter by forcing through this redundancy process and have informed those eleven staff ‘at risk’ of redundancy. These people appear to be chosen more on the personal will and as an act of vendetta by the Department Manager, rather than on business needs. I have organised the members into communication groups and am visiting their work sites with the local RO, John Leach and Asst General Secretary, Steve Hedley, to boost our members confidence to fight these proposals. I have also spoken to the ER Directorand stated that we will not accept these actions and our union will oppose them and we are agreeing urgent talks as soon as possible.

I have also discussed this matter with our representatives and numerous members and they have unanimously asked me to state that I do not believe that Thale’s actions are acceptable and the company are obviously trying to fast track these job losses through as a matter of urgency. I therefore request that the National Executive Ballots all our Rail Signals Members for strike action and action short of strike.