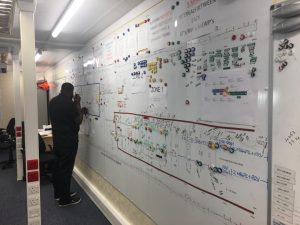 As part of the claim for an increase in Pay for Work Train Controllers on the Crossrail Project, working for VGC, the RMT have lodged the following case to support an uplift in salary.

We look forward to more detailed talks in support of our claim.

In our contract (see an example enclosed), the job role was clearly stated as a COSS/MC/CC. When we resumed for work we’re informed by Mick Bowles (former senior RMC) that our role will be that of a Worksite Train Controller, contrary to the role of COSS/MC/CC which VGC had informed us, and this is what we have been doing since then.

The WTC carry out far more than simple COSS duties for ATC so please see the list below: